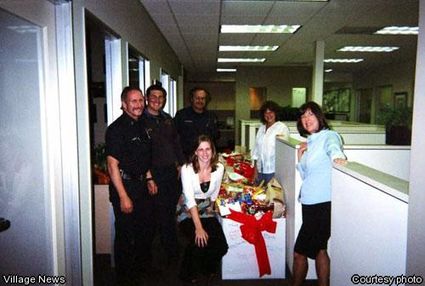 Prudential California Realty continued their support and dedication of the community last month.

The agents and staff of the Bonsall office, located in River Village, collected food, treats and drinks for the six surrounding fire stations – which include downtown, Winterwarm, Olive Hill, Pala Mesa, Bonsall and Deer Springs – as a thank you for their work during the recent fires.

The boxes grew to the point where they were so heavy the fire fighters had to be called in to come pick them up. 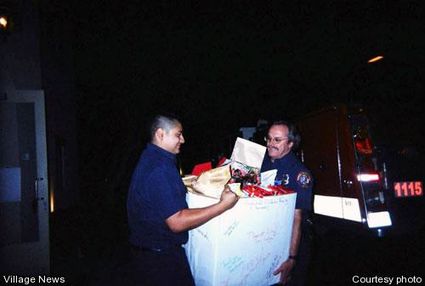 Firefighters Gabriel Bravo and Rick Moramarco from the Bonsall station carry an overflowing box of edible treats out of the Prudential office in River Village.