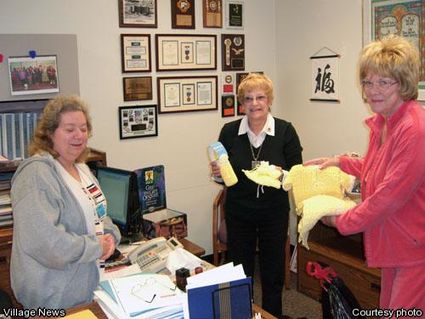 All of the items were made by a group of volunteers called the KnitWits from Fallbrook.

The KnitWits were formed by Gigi Wiebach when, she says, “I wanted to do something for our marines and sailors who are fighting for our freedom and to help their families.”

The KnitWits meet on the second Wednesday of each month at the Fallbrook Senior Center. Voluntee...