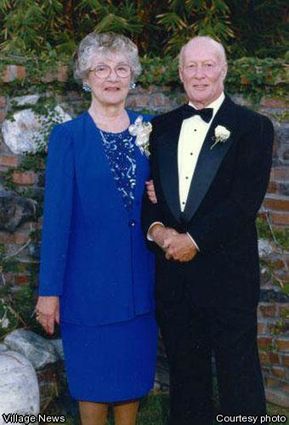 Jean was committed to her family and to service of others. After graduating from the Providence School of Nursing, Washington, DC, in 1948, she practiced locally for several years, then served two years in the US Navy Nurse Corps in Oakland, CA.

She married Thomas F. Qualls, Sr. on April 24, 1953, and dedicated herself to family. Over the next 25 years she served her family as a loving wife and mother, raising six children and volunteering in several Marine Corps and local community organizations.

In 1978, she returned to nursing and remained active in the care of others until retiring from Fallbrook Union Hospital in 1997.

Jean was preceded in death by her parents Edward and Barbara Carroll and sister Marie Becker.

The family has requested donations in lieu of flowers be made to Fallbrook Hospice, 624 East Elder Street, Fallbrook, CA 92028, in memory of Jean B. Qualls.