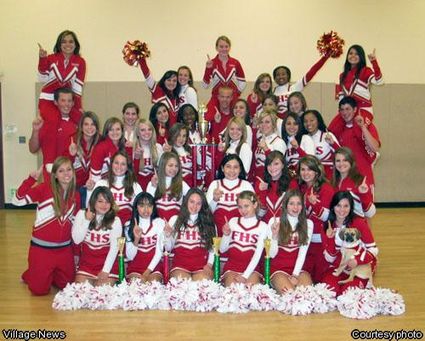 They are coached by Megan Dahl, Allison Abbott, Chris Steffler and Vicki Mahr.

It was a very exciting event as, in the history of the school, this is the first year Fallbrook High has had not only three teams, but three teams to compete and take home first place in each division as well as Grand Champion. 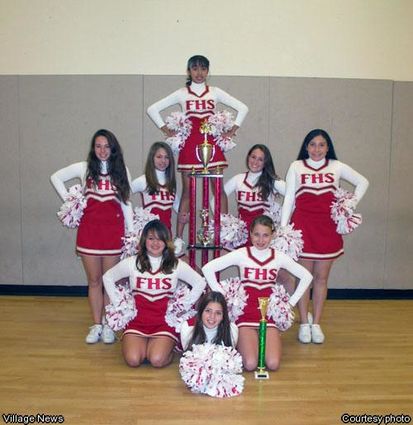 The junior varsity and varsity teams will compete January 27 at San Diego State University Cox Arena in the JAMZ Regional Championship as well as February 2 at Disney’s California Adventure for the JAMZ High School National Championship. They will be judged on choreography, cheers, dance, stunting, tumbling and showmanship all put together in a two-and-a-half-minute routine.

“Coach Megan and I enjoy working together to offer a program that includes cheering for Fallbrook High School teams, performing in competitions and just a fun environment,” said Abbott. “This year we have three boys who were excited to participate and we hope this will open door for other young men who would like to compete or cheer for their school. (The boys all said they never knew that cheerleading was difficult until they attended our practices.) We are already planning for next season and hope that it is as fun as this one!”