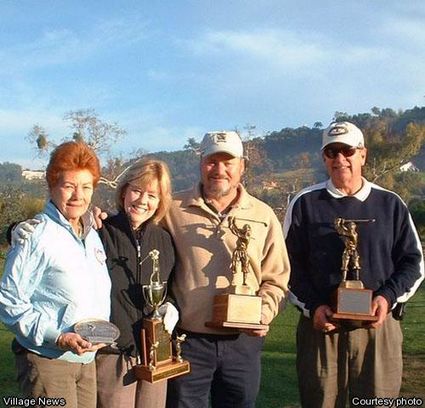 For the second year in succession, Larry and Maureen Mitzner captured their respective clubs’ championship trophies.

Maureen was again named champion of the Fallbrook Niners group and Connie Waugh was winner of the low-net award.