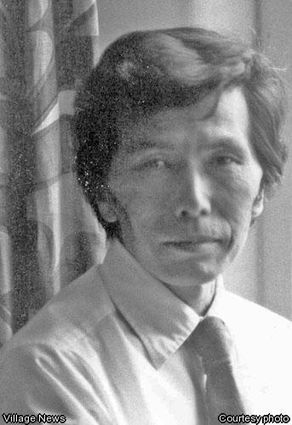 Shogo Yamaguchi, 91, left his earthly body, ravaged by Parkinson’s disease, at home on the Hughes ranch Saturday evening, February 2, 2008. He is now in the place of eternal happiness, gardening for the Lord.

He was born on his parents’ farm in Gresham, OR, the second of six siblings, four boys and two girls. His parents were Tokuji Yamaguchi and Shina Watanabe, immigrants from Tottori Prefecture on the western seacoast of Japan.

When Shogo was 11, the family went to Japan for a year and lived on his grandfather’s farm. They hoped that the change of climate would cure Shogo’s asthma and that of his younger brother. But they did not improve and the family returned to the US, eventually buying 10 acres to farm in Westminster, CA. All property was placed in the names of the children because Japanese immigrants were forbidden to become citizens.

Shogo attended the Westminster Grammar School and Huntington Beach High School and worked on the farm where the family grew a variety of crops. On weekends, he helped sell produce at the Yamaguchi stall in the park at Long Beach. For recreation, Shogo grew flowers, gardened and attended local flower shows.

After attending Fullerton Junior College, Shogo transferred to UCLA, earning his undergraduate degree in botany in 1939. He was caught in the second Selective Service draft and stationed at Camp Roberts, where he was assigned to maintain the grounds. He spent his spare time collecting seeds of wildflowers in the hills north of San Luis Obispo. After Japan attacked Pearl Harbor, Shogo’s family was relocated to Poston, on the Mohave Indian Reservation near the Colorado River.

Shogo was sent to Fort Leavenworth and later to the Army’s Japanese Language School in Minnesota. He served with Admiral Halsey’s G2 in the South Pacific, where his unit was awarded the bronze star. He ranked sergeant when he was discharged in 1945. He returned to UCLA and earned advanced degrees in botany while working full time maintaining the greenhouses. He was working on his PhD thesis when he met Elizabeth, who was working on her undergraduate degree in botany.

Shogo and Liz were married in 1953, one year after California repealed its law forbidding interracial marriages. The ceremony was held on Valentine’s Day at the San Luis Rey Mission when it was still a Franciscan Seminary. They raised their children, Nichola, Matthew and Theodore, in Davis, CA, and Tuskegee, AL.

Shogo taught and did research at UC Davis, where he authored papers on the radiography of plant materials. A professor at Tuskegee Institute, he taught graduate students and undergraduates. He spent free time with his sons in Boy Scouts and was instrumental in developing a section of the Bartram Trail through Tuskegee National Forest. He received the W. Kelly Mosely Environmental Award from the Alabama Extension Service, Auburn.

Shogo retired in 1981 and he and Liz returned to California to the Hughes Ranch to care for it so Liz’s mother could continue to live there. They made an apartment out of the rock shop/garage that Liz’s dad had used to cut, polish and facet his rocks and Shogo became active in Fallbrook affairs.

After he attended with Liz’s mother, Shogo joined the Fallbrook Garden Club and was soon in charge of the identification table. He helped with annual Flower Shows, identifying flowers so they could be part of the competition. He also entered flowers from his own garden, winning awards for Shasta daisies, Cosmos bipinnatus and Tithonia rotundifolia. He shared crop-growing experiences with the Dirty Dozen for 15 years and was a longtime member of the Friends of the Santa Margarita River.

In addition to serving on the Board of the Mission Resource Conservation District, Shogo was an early member of the Fallbrook Land Conservancy, researching, identifying, planting and watering. He was honored with the Conservancy’s first Gem of a Volunteer award for this leadership in the restoration and revegetation of native plants on Los Jilgueros Preserve. Faithful members of the Wildflower Team took him with them to work at the Preserve until mid-January. A street in De Luz that overlooks the river bears his name.

A memorial Mass will be held at 6 p.m. on Wednesday, February 13, at St. Peter’s Catholic Church.