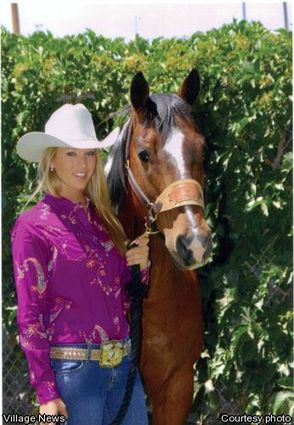 In the arena Kerry Popko ended her California Junior Rodeo Association career at the CJRA finals in Riverside November 23-25, 2007 by winning the Pole Bending average and that event’s year-end title.

The final event of her CJRA career was the CJRA awards banquet January 12, 2008 in Chino, and Popko added the Zak Family Ranch Scholarship to her CJRA honors.

“I was greatly honored,” Popko said. “I can’t thank them enough for choosing me.”