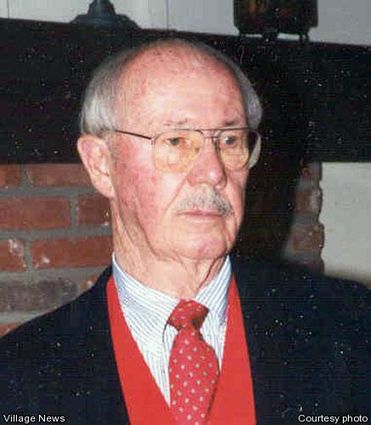 George Louis Hampel peacefully passed away February 17, 2008, surrounded by his loving family. He was born August 2, 1921, in St. Louis, MO.

He served in the US Army Aircorps from 1943 to 1946. He flew B-24 bombers in World War II based out of Gio, Italy. Following his military service, George was a commercial airline pilot for TWA for 34 years.

George was preceded in death by his wife of 59 years, Bette Hampel, one year ago. He will be missed by his four children, Eric Hampel, William Hampel, Debbie McCall and Barbara Bansch, and nine grandchildren.

In lieu of flowers, donations can be given in George’s name to Zion Lutheran Church, 1405 E. Fallbrook St., Fallbrook, CA 92028, or a charity of your choice.