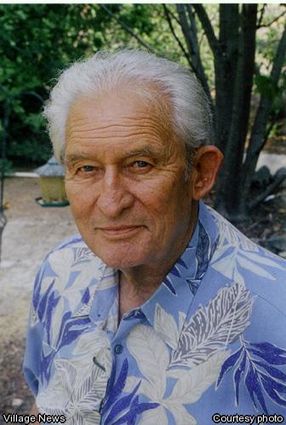 Jim Bloom passed away peacefully at his home in Fallbrook on Wednesday, February 27, 2008, with his wife and daughters at his side.

He received his bachelor’s at University of Illinois and his master’s from Indiana University. He retired in 1990 from Chevron, where he was an employee for 29 years.

He was preceded in death by his parents, Howard and Ethel Bloom. He is survived by his wife Barbara; daughters Susan, Bebra and Anita and their husbands; and six grandchildren.

For the last nine years he was a resident in Fallbrook, where he enjoyed his retirement with his wife. He will be greatly missed by his friends and family.

In lieu of flowers the family is requesting donations in his memory to The Elizabeth Hospice of Escondido and the National Kidney Foundation.