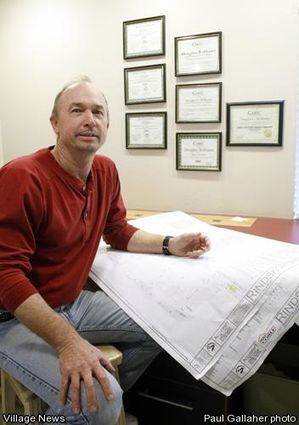 Doug Williams, owner of Fallbrook Energy Consultants, reviews a set of building plans at his office.

In his career as a licensed general contractor, Doug Williams decided to take a slight detour and open Fallbrook Energy Consultants.

“We’ve been in business for a few years and I really like what I do,” said Williams.

He decided it was important to take this career path because he had seen how important of an issue energy was becoming in the building industry.

“Energy has become increasingly important in our lives,” said Williams. “And in the last few years it has grown in importance.”

Williams chooses now to use his expertise in the building industry behind the scenes for...