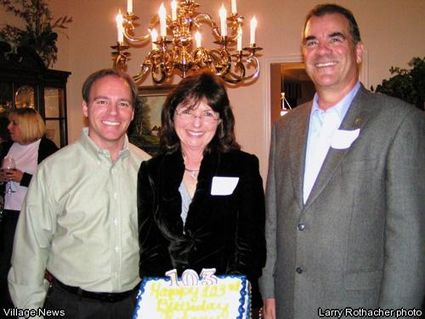 Rotary Club of Fallbrook presidents – past, present and future – and current officers celebrated the 103rd anniversary of Rotary February 23 at a party hosted by Dave and Marilee Breeding at their Fallbrook residence.

Rotary, led by founder Paul Harris, along with several other men, met in Chicago in 1905 and founded what became Rotary as it is known today.

The group, originally intended for business purposes, soon blossomed into an international public service organization, the first of its kind, and has been followed since then by many other service-oriented organizations.