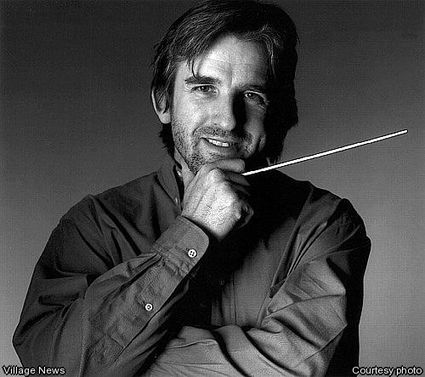 FALLBROOK — Belfast-born pianist and conductor Barry Douglas will appear in concert on Sunday, March 30, at 3 p.m.

Presented by Fallbrook Music Society, this concert marks the final stop on the 2008 North American tour for Camerata Ireland, a chamber orchestra founded by Douglas in 1999.

Camerata Ireland was formed to showcase young Irish musicians from all over the world, all of whom also play in top positions in other premier orchestras.

Douglas, the ensemble’s artistic director, is best known as a brilliant pianist – Ireland’s Van Cliburn, in a sense, because he is the only other non-Russian to have won the gold medal at the 1986 Tchaikovsky International Piano Competition in Moscow.

For this return engagement to Fallbrook, the ensemble will be performing works of Mozart, Prokofiev, Sibelius and Tchaikovsky, including Mozart’s popular “Eine Kleine Nachtmusik” and Tchaikovsky’s lyrical “Serenade for Strings.”

The Fallbrook performance will take place in the Bob Burton Center for the Performing Arts, 2400 South Stage Coach Lane.

A concert preview will be given at 2:30 p.m. and Douglas will be available to autograph CDs after the concert.