Campaign underway to renovate 'The Club' 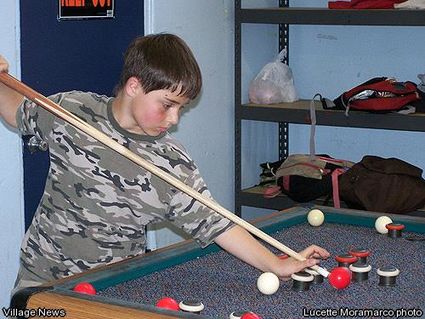 Jacob Swinkowski plays bumper pool during spring break in the game room at the Boys & Girls Club. The room is scheduled to be renovated as part of a new teen center.

The development campaign for the Boys & Girls Clubs of North County is officially underway with an exciting focus.

“$2.75 million is our campaign goal to renovate and expand our main facility in Fallbrook,” said Abe Oliveras, CEO of the Boys & Girls Clubs of North County.

Meeting the goal will mean the 71-year-old facility, located at 445 East Ivy Street, will get a much-needed facelift.

“The purpose for this campaign is to position our club to meet the needs of young people for the next 50 years,” said Oliveras.

Along with the installation of brand new windows and flooring and replacing energy systems with more modern, efficient ones, this campaign will also allow special attention to the teen audience.

“We need to address the needs of all young people, not just the kids in the age 6 to 12 bracket,” said Oliveras.

At the Fallbrook facility, ‘The Club’ will ultimately have a special designated area for teens. This will include its own entrance and younger kids will not be allowed in the area.

“Our vision is to make The Club a place where teens want to go – a place that is cool and appeals to that age group,” added Oliveras.

A computer lab and homework center will continue to be available to teens. A social/recreation room equipped with ping pong tables, air hockey and billiards will be enjoyed.

“In this recreation room, teens can socialize, network and build friendships,” Oliveras said. “We also plan to have a stage area where kids can do karaoke and bands can even play there from time to time.”

Arts and crafts will be available as well as a workout center equipped with exercise tools.

The goal is to make The Club fun but with a purpose, said Oliveras.

“It is proven, in statistics, that between the hours of 3 p.m. and 8 p.m. crimes against teens or committed by teens rise significantly during this timeframe,” said Oliveras.

For the Boys & Girls Clubs, it is critical to have teens in a safe place where they can be supervised and participate in activities.

The existing game room at the Fallbrook facility will be gutted and revamped to become the new teen center. An adjacent parking lot will also be developed.

A new two-story, 4,000-square-foot building, explained Oliveras, will house the facility for the younger kids.

“The bottom level will be the game room and social recreation areas, while the upper floor will be the performing arts room, where the kids can have plays and talent shows,” he noted.

Pool and deck upgrades are also on the list of things to do.

To date, the Boys & Girls Clubs of North County has received donations and pledges in the amount of $1.1 million.

Dedications may include in-kind donations, such as labor provided for construction, painting, flooring, electrical work and more.

“In-kind donations are just as good as cash,” said Oliveras.

This exciting project is expected to be completed sometime in 2010.

“One of the cool things about this project is that we can actually start doing renovations as the money is received,” said Oliveras. “We don’t have to wait until the end of the campaign.”

Oliveras pointed out that the co-chairs of the campaign, Bob Tavano and Gordon Wangers, are doing a magnificent job.

Kent Borsch, Boys & Girls Club board president, is delighted with the development campaign and says the renovations will enable them to reach more kids in a more effective way. 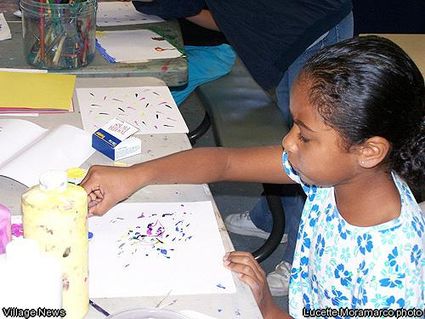 “We want to thank the citizens of Fallbrook for the support we already get,” said Borsch. “Pledges towards this new campaign would be great.”

For Borsch, keeping kids productive, up-to-date on their schoolwork and having fun is key.

When you go to the Boys & Girls Club, said Borsch, it is full of warmth and kindness.

Borsch encourages residents to take a tour of the Boys & Girls Club in Fallbrook. To schedule a tour, call Oliveras at (760) 728-5871.