A conversation with pilots of Fallbrook's Civil Air Patrol Squadron 87 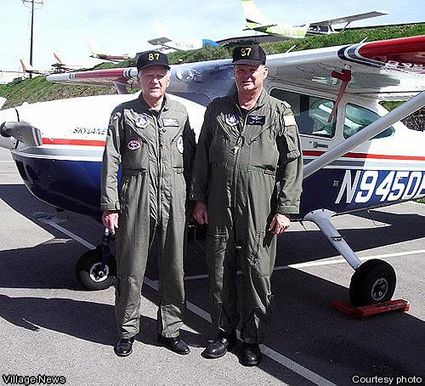 The following is a personal interview with Major James Redmon and Captain Dale Hetrick regarding their flying activity of recent on behalf of the Civil Air Patrol, Fallbrook Squadron 87.

James Pedersen: I believe that you both have just completed flying a Search Mission in the Banning Pass.

Redmon: That’s correct. We were tasked to fly the area South of I-10 in the Banning Pass, in particular the Santa Rosa mountain area. Since the flight of the missing aircraft departed Bermuda Dunes and was destined for Chino, that would be a logical route of flight.