Hartford talks about 'The Power of One' 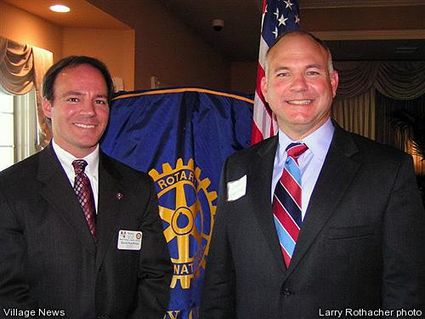 FALLBROOK- Lt Colonel Charles Hartford, US Army, former student body president and graduate of Fallbrook Union High School in 1985, and from West Point in 1989, was a guest of the Rotary Club of Fallbrook and spoke about ‘The Power of One’ at their weekly luncheon meeting held at the Grand Tradition.