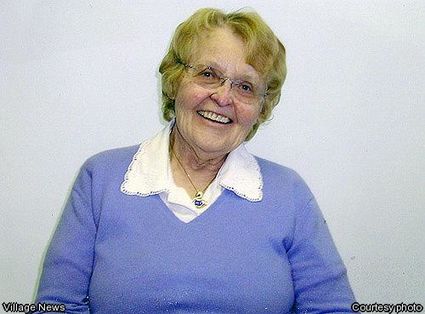 Erika Parkinson knits and crochets baby clothes for newborns, which are handed out with other (purchased) baby items at the Fallbrook Food Pantry.

The story of Erika Parkinson, a Fallbrook resident, is one of survival, determination, success, and a passion to give back.

Parkinson, born in the town of Dresden, East Germany, lived her childhood days during World War II. Most of her childhood memories, she says, weren’t happy ones.

“It was bad times during the war and after the war,” said Parkinson. “We had no food, clothing or shoes.”

Parkinson does have one happy memory from when she was a young girl. “I had a girlfriend in school, and I would see her grandmother sitting at the window knitting and crocheting,” said Par...