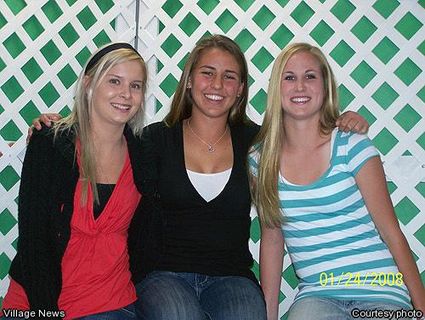 Fallbrook High seniors, from left, Britnee Chesney, Kathleen Mellano and Kyleen Button are on the CIF All League First Team for soccer.

Coach Davy praised their outstanding soccer play throughout the high school season stating how fortunate he was to have these girls on his team.