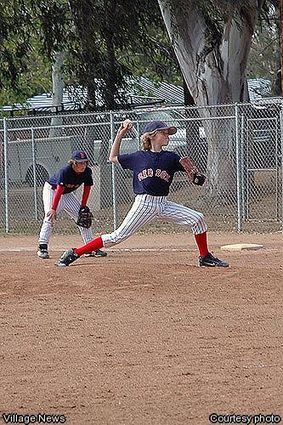 FALLBROOK- On March 29, 2008 the Red Sox team of Fallbrook/Bonsall Little League came back again and again to beat the Dodgers 8-7.

Chris Grepo’s grounder to second scored Chase Colin with the winning run with one out in the bottom of the sixth inning. The Red Sox scored three runs in the inning to come back from a 7-5 deficit.

Brandon and Didier both finished the game wi...