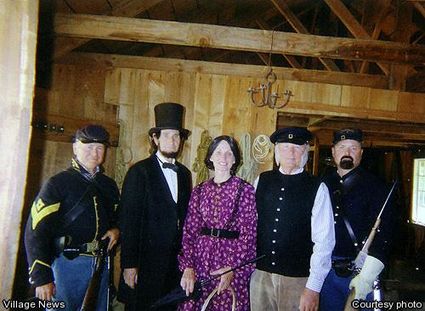 Jerry and Colleen Brown (center, next to Abraham Lincoln) participate in the History Channel documentary

Two members of Rainbow’s Brown family participated in a re-enactment of the search for John Wilkes Booth as part of a History Channel documentary aired December 23.

Colleen also appeared at a party prior to Lincoln’s assassination in “The Hunt for John Wilkes Booth,” and her hands but not her face were shown in the scene...