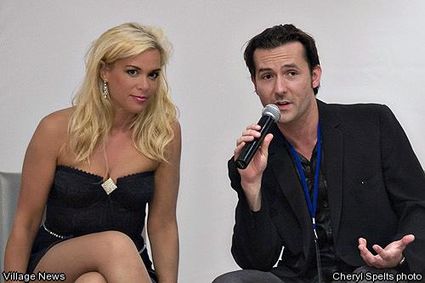 Amid the hum of voices and the robust stream of poured champagne, the Fallbrook Film Festival began and ended with a pop! With sounds mingling in a murmur that sounded like a film track, guests at both the opening and closing receptions shared stories. Under the bright tracks of small lights that were fashioned to illuminate works of art, guests and guest-artists were spotlighted.

Lending a spot of glamour to the events was Chase Masterson, who played a mysterious singer in James Kerwin’s brilliant festival entry, “Yesterday Was a Lie.” Masterson, who is an accomplished television an...