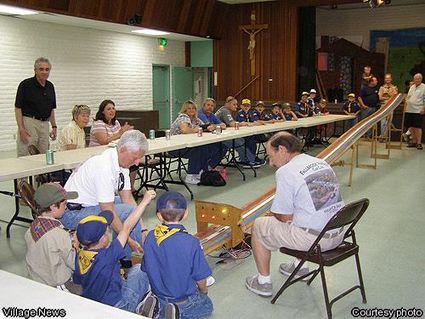 The Pinewood Derby is on!

FALLBROOK — Some of Fallbrook’s best racers turned out for Cub Scout Pack 738’s Pinewood Derby on April 11 at St. Peter’s Catholic Church. Scouts raced their custom, hand-made cars competing for top honors and the opportunity to race at the regional finals at Qualcomm Stadium.

The Best of Show award, sponsored by the Vintage Car Club, is presented to the best race car for fabrication, paint finish and creative excellence. Many of the same judging rules are used at the annual Car Show held by the organization each May. 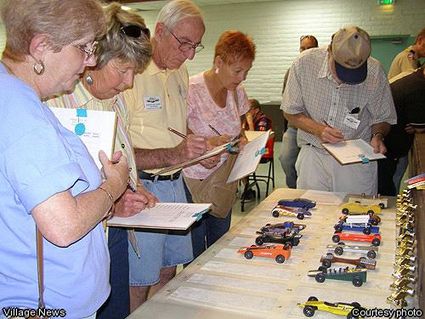 Pinewood Derby race cars are designed and built by the Cub Scouts and have a maximum weight of five ounces. The three-lane downhill wooden race track was first used in the late ’50s/early ’60s. It is a vintage work of art, used once a year and stored at St. Peter’s until the next Pinewood Derby.

‘Best of Show,’ determined by members of the Fallbrook Vintage Car Club, with more than 300 years combined experience judging vintage cars, was awarded to Luke Gilcrist.

The car club presented Pack 738 with a donation to help continue developing the youth of Fallbrook.