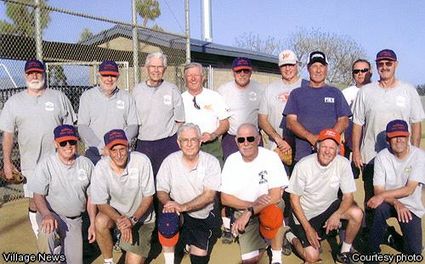 The Fallbrook Softball 70-plus-year-olds played in a reunion game versus the 55-plus Green Team on April 17 at Ingold Sports Park.

The Fallbrook Senior Softball League began in March 2000 at the new Ingold Community Sports Park in Fallbrook with three teams: Red, Blue and Gold. Some of those original players participated in the reunion game.

The teams play slow-pitch softball throughout the year in 16 game seasons. Players can join for a season or play as many seasons as they want. For more information, visit www.fallbrookseniorsoftball.com.