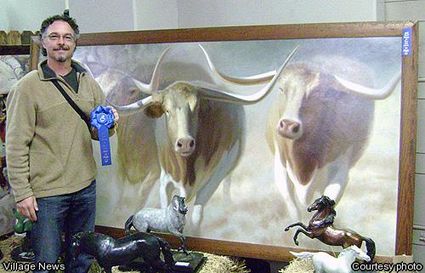 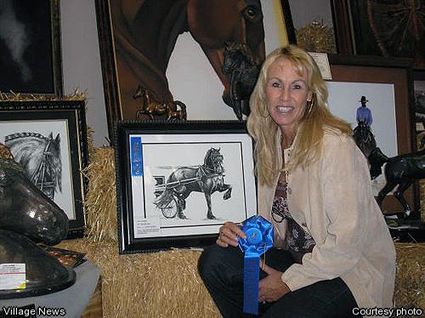 One hundred outstanding equestrian or western artists from the United States and Europe were invited to send five recent works, including paintings, sculpture, drawings and photographs to the show.

Of the total awards, Jack Ragland won Best of Show with an oil triptych, “Mustang Power.” Rich Stergulz won first place in oils with “Apocalypse” and Jill Beltran took first in pen and ink drawing with “Born with Pride.”

The artists have also been invited to show at Menlo Park later this month.