Fox named Pitcher of the Year 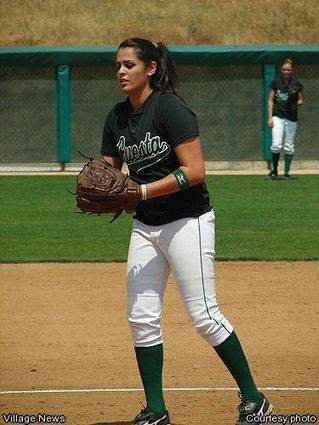 Fallbrook High graduate Elyssa Fox was named the Western State Conference Pitcher of the Year and to the all-state team after posting a 14-3 record and a 1.05 ERA in conference for the Cuesta College softball team, and second-year Cougars head coach Sara Clarin was named WSC Coach of the Year.

Fox set a Cuesta record with 10 complete-game shutouts this season and struck out 215 batters in 195 innings. She finished with an overall record of 19-10 and a 1.11 ERA.

Clarin led the Cougars to a 19-6 conference record and the league title, which gave Cuesta an automatic berth in the Southern Cal...