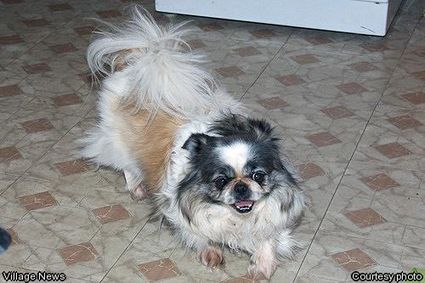 The recent death of a Fallbrook senior was the result of a tragic accident and it has left two dogs in need of a loving home.

“Over a month ago, our 86-year-old neighbor, Irene, came home and parked in her driveway that was on a slope but did not set her parking brake,” said Patricia, a neighbor who is the current caregiver for Irene’s home and two dogs.

Patricia explained that when Irene attempted to get into her car once again, she used her steering wheel to pull herself inside. “When she did that, the car lurched sideways, knocked her down the embankment and the car ran over her.”

A neighbor witnessed the accident and immediately called 9-1-1. Patricia arrived on the scene shortly thereafter.

The injuries that Irene sustained were severe, leaving her in critical condition. When the emergency response team arrived, however, Irene was still coherent enough to tell them how the accident occurred.

For a short period afterward, Irene was in an induced coma at the hospital due to the amount of pain she was in. She succumbed to her injuries on May 5.

Sadly, Irene has no surviving immediate family members. She was an only child, explained Patricia, had no children and her husband died a few years ago.

Irene’s other passion was her beloved pets. In her home, pictures of Irene holding her dogs decorated the walls.

“Her dogs were so special to her and we still have two dogs that need homes,” said Patricia.

Although the dogs are registered as available for adoption through the Fallbrook Animal Sanctuary, Patricia is caring for them until they are adopted. Both are female Pekinese.

“One female is 3 years old and is very, very sweet; she is a small dog and would be considered a lap dog.” The other Pekinese is between 8 and 9 years old but playful and animated.

According to Patricia, both dogs are well-behaved, have no dietary restrictions and are housebroken and paper-trained. Both animals have a great temperament and good recall. 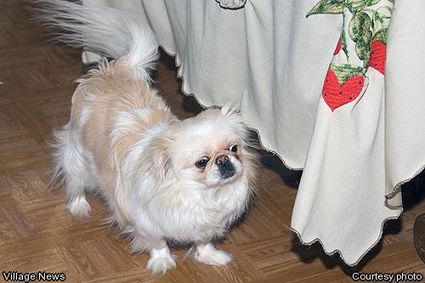 Patricia believes the older dog would be best suited with a mature couple, while the three-year-old would be great for a family. The dogs have fared well with Patricia’s visiting grandchildren, indicating they are child-friendly.

Local dog expert David Greene has offered one complimentary canine behavioral session to the individual(s) who adopt these dogs to help make the transition to their new home(s) successful.

For more detailed information about these two lovely animals, call Patricia at (760) 612-7794.