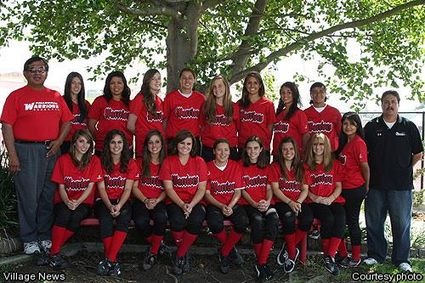 With newcomer coach Al Padilla and veteran coach Richard Reynoso, the junior varsity coaching staff brought about a dynamic that drove the season and its players with a momentum that proved to be inescapably accelerated. Each coach brought an array of drills to the program that provided for great proficiency, making it possible for the girls to grow by leaps and bounds in their skills and sportsmanship.

The young women on this team began their journey in the Cougar Classic/North County Tournament, getting much needed experience for the two-month season that lay ahead. During this time period, coaches Reynoso and Padilla offered encouragement and moved players around to better utilize their talents. By the start of league play, the coaches had brought the girls to a point where they better understood their game and were able to strive for excellence.

It did not go unrecognized that all of these ladies had faith in their coaches and wanted to perform to the best of their abilities. The respect they have received from Reynoso and Padilla has been mirrored back from the girls in their accomplishments.

As the season progressed and the girls’ focus sharpened, the coaches were able to direct the plays and make calls that were understood and executed by the team. There was no lack of dedication from either the players or the coaches this season.

Games were won and lost on the field, but the true winners are the 17 players and their coaches on this junior varsity team, who rose above all to become better players, teammates, coaches and friends.

As their journey comes to an end this season, they must be recognized for their hard work, abundant laughter, painful tears and substantial growth. This powerful group of young ladies will lead the way for the future generations of Fallbrook High School softball. 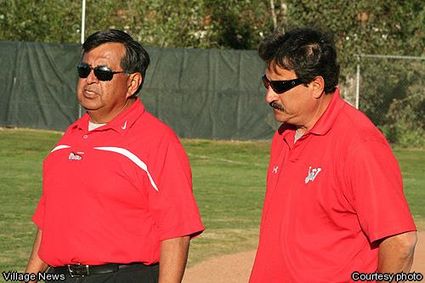