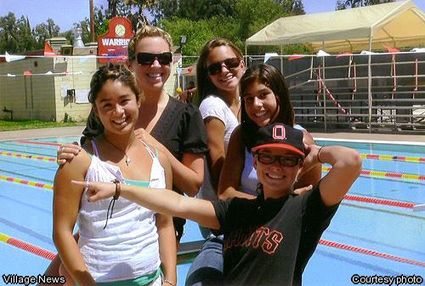 Kohls had a score of 410.85 points on 11 dives. The Warriors finished fourth in the league meet, which was held at The Wave in Vista and consisted of preliminaries May 7 and finals May 9.

A combination of how the schools placed at the league meet and their position in league dual meet standings determined the league championship. Fallbrook also finished fourth in league standings.

A swimmer who qualifies for the CIF meet in more than two individual events can only swim two events, although those swimmers can also participate in up to two relay races.

See next week’s issue of the Village News for CIF results.