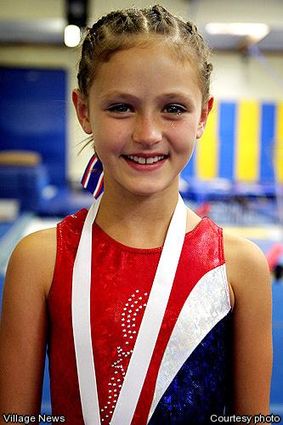 Fallbrook Gymnastics participated in the Milky Way Classic on May 4.

Sierra Stephensen, in the level 4 10-year-olds, had a great meet with a first on Bars and first on Floor, third on Beam, fifth on Vault and second in All Around with 35.45.

Justina DiBacco finished sixth on Vault and Bars, seventh on Beam, Floor and All-Around with 34.725.

Jenna Adams in the 13-and-older division earned second on Bars, third on Vault, Beam, Floor and second All-Around with a 34.60.