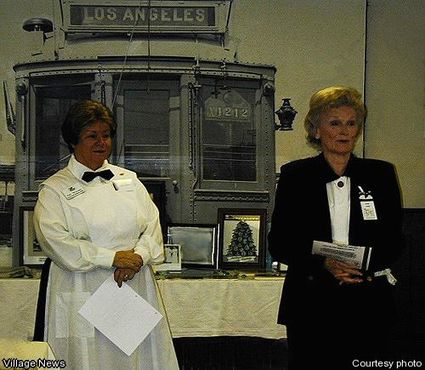 Questers Live Oak chapter of Fallbrook hosted their sister chapter, Sleeping Indian, to a day with the Harvey Girl Society at the Orange Empire Railway Museum in Perris on May 7.

The day included a Fred Harvey-style luncheon and menu, with the Harvey Girls Society members dressed in traditional uniforms.

The luncheon was followed by a program on the history of the Harvey Girls, dating back to early Santa Fe Railroad stops in the Southwest. Rail passengers were victimized by poor food and high prices, if they could find any food at train stops.