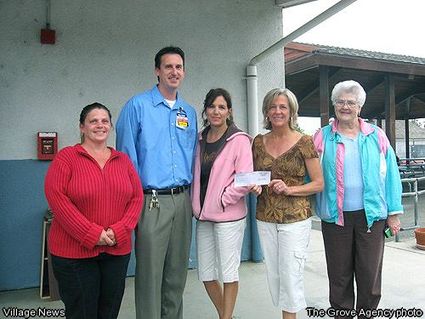 BONSALL — Bonsall Elementary School has won Wal-Mart’s Kids Recycling Challenge for the San Diego area in recognition of students’ efforts to recycle the most plastic bags among participating schools in the region.

At a ceremony on June 2, Ryan Brandenburg, store manager of the Oceanside Wal-Mart, presented the school with a check for $4,000 – the first of two the school will receive totaling $7,000 – in honor of the students’ efforts to help the environment by reducing waste and recycling.