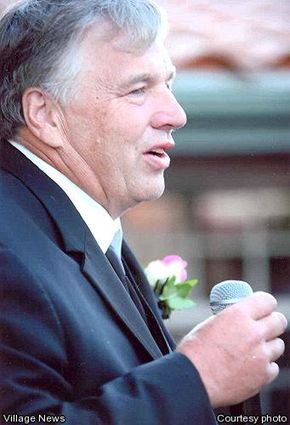 He met his wife, Joanne, in Tucson, AZ, while they were attending college. They married February 25, 1972, and during their 36-year marriage raised six amazing children. He served in the Air Force at Hanscom AFB. He has been a resident of Fallbrook for the past 25 years.

Stephen partnered with his father on several business enterprises, including selling Christmas trees for eight successful years. He was involved in the Fallbrook Youth Baseball League for more than 12 years and was the Fallbrook High junior varsity boys and girls tennis coach for several years. He had a passion for coaching, making individuals better and enjoying the game. He spent the last eight years of his life helping his son David build a prosperous business.

Stephen loved spending time with his children, playing tennis, making people laugh and loving his family. He is survived by his wife Joanne; children John, David, Robert, Catherine, Lindsay and Brian; daughters-in-law Stephanie and Jessica; son-in-law Nicholas Johnson; grandchildren Luke, Mackenzie and Noah; sisters Kathy Berryman and Jane Oatman; nephews Michael, Joshua, Taylor, Austin and Jacob; and nieces Kelsey and Emma. His family thanks him tremendously for all the great memories and laughs of their loving father.

A celebration of his life will be held on Friday, June 20, at 5:30 p.m. at the Oatman Family Home, 993 El Paisano, Fallbrook. The service is open to all who wish to attend.