Corvettes to entertain at July 4 event 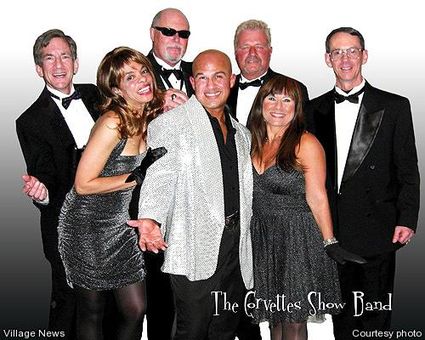 The Corvettes will provide rock

FALLBROOK — If you like “that old-fashioned rock ’n roll,” this year’s Grand Tradition Fourth of July event is one you won’t want to miss.

Sponsored by the Fallbrook Beautification Alliance, the organization will present entertainment by The Corvettes, a seven-piece San Diego band celebrating the music of the fabulous early years of rock ’n roll.

The Corvettes present well-known hits of the ’50s and ’60s, seasoned with a pinch of nostalgia, sprinkled with a generous portion of laughs and stirred until totally danceable.

The act includes songs from the legendary artists of the period, including Sam Cook, Tina Turner, Aretha Franklin, Elvis and the Supremes. Corvette members don wigs and costumes to “belt out the tunes,” said Carol Witkin, manager of the group.

The Corvettes have been entertaining San Diego fans since 1988. They include rock ’n roll royalty from the Woodstock days and an original member of Sha Na Na, the first group to introduce the idea of bringing back the Oldies.

The Grand Tradition is located at 1602 South Mission Road. The gates will open at 4 p.m. on Friday, July 4.

Parking is $5 inside the Grand Tradition and free off-site – enter off Peppertree Lane.

A military tribute will begin at 4:30 p.m. and children’s and teen activities will include a jumper, giant slide, DJ with music and games and prizes. A silent auction will be offered as well as the Quack-Up Cup Race. The evening will conclude with a spectacular fireworks show.

For more information or to order tickets, visit http://www.fallbrookbeautification.org. Tickets are also available at Major Market and Ace Party Productions.