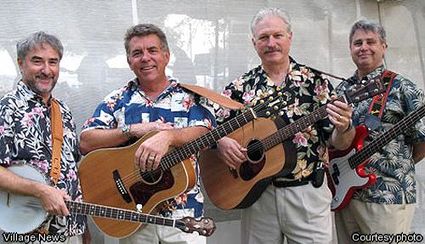 The Folk Collection plays music from the 1960s.

FALLBROOK — Remember “If I had a Hammer,” “Blowin’ in the Wind,” “Early Morning Rain” and “Four Strong Winds?” The list of those favorite songs from the 1960s could go on forever.

Today the truth is that unless one gets his guitar out and sings them to oneself, no one would hear them. But that has changed.

Los Angeles-based Tony Unger, Mike Sirota, Ed Labowitz and Bob Packham cut their teeth on that music in the ’60s and now are making a career of performing it to enthusiastic audiences as The Folk Collection.

The blend of their rich voices and the sound of their guitars, banjo and bass are reminiscent of The Kingston Trio and the Limeliters but they bring their own special energy to the stage.

They appear throughout Southern California in concerts, coffeehouses and special events.

Their appearance on July 12 is hosted by the Fallbrook Americana Music Series (FAMS), whose concerts were previously held at Hilltop Center.

“We’re pleased to use the Mission Theater,” said FAMS co-chair Phee Sherline, “and if the community supports us in this effort we’ll be happy to pretty much make it our home.”