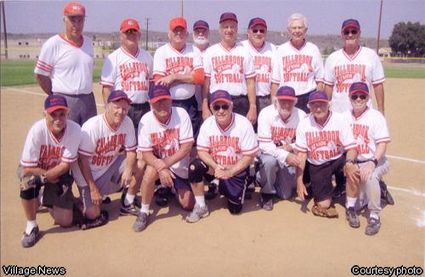 FALLBROOK — Players in the Fallbrook Senior Softball League have formed a tentative 70-plus slow-pitch team to play in competitive tournaments in San Diego and Riverside counties. They could use some good players to join their league and possibly their tournament team.

Anyone interested in playing senior softball, ages 55 and older, may visit www.fallbrookseniorsoftball.com. Additionally, they may go to Ingold Sports Park and watch a senior softball game any weekday at 4 p.m. and talk to a player or the team manager.