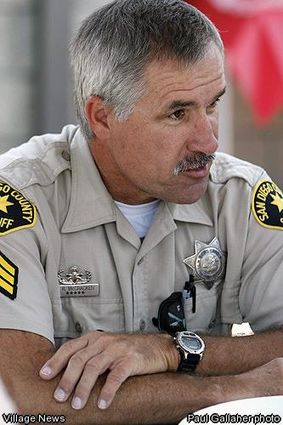 Sgt. Ron McCracken assumes the post of Detective and Administrative Sergeant for the Fallbrook Sheriff

Sgt. Ron McCracken, a 25-year veteran of the San Diego Sheriff’s Department, assumes the post of Detective/Administrative Sergeant at the Fallbrook Substation this week, the position formerly held by Sgt. Theresa Adams-Hydar.

Adams-Hydar will begin a new position in Internal Affairs as Investigations Sergeant at the Sheriff’s headquarters in Kearney Mesa.

“I’ve always wanted to head up a detective unit,” McCracken said. He will lead a team of four detectives and work with two gang detectives assigned to work Fallbrook cases.

“We’re pretty fortunate to have someone with [McCracken’s] level of experience,” Dominguez said. “He is dedicated, professional and will represent the department well.”

McCracken, out of his 25 years with the department, served nine years as a bomb/arson investigator and has a good understanding of Fallbrook since serving as patrol sergeant here the past two years.

“I also used to come up to Fallbrook before, on occasion, when I was doing arson investigations,” he said.

At a special barbecue lunch held July 17, Adams-Hydar was feted for her service in Fallbrook (which began in March 2004) and presented with a recognition plaque and gifts from her coworkers. 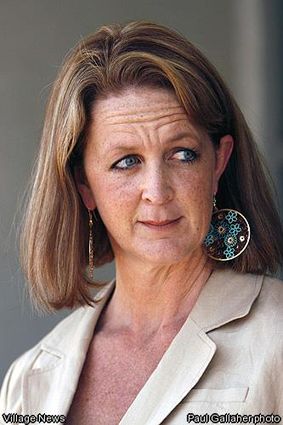 “Theresa is a favorite person of ours,” Dominguez said, addressing the staff and community members in attendance. “We want to honor her for the work she’s done here. She has been an outstanding supervisor and coworker. Her professional accomplishments are too lengthy to list, but I will say she has raised the bar professionally here in many ways. She’s made quite an impact here.”

“This isn’t goodbye,” Adams-Hydar said. “Fallbrook holds a special place in my heart. I like to be an optimist and say I hope to come back, but not as a sergeant.”

Coworkers commented that they expect Adams-Hydar to continue her upward climb in the department and achieve the status of lieutenant in the future.