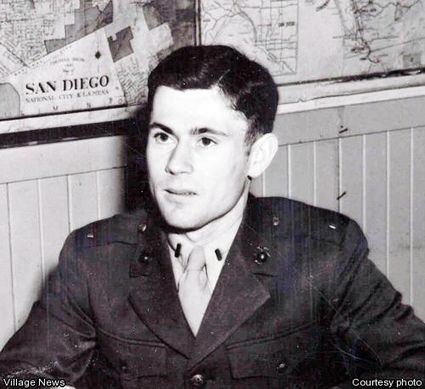 George Garrie Bryant, 88, passed away in Fallbrook on July 24, 2008, in the arms of his wife of 62 years, Dorothy, and daughter Debbie, who lovingly cared for him at home throughout his battle with cancer.

He retired from the US Marine Corps as a captain on June 30, 1963. He was part of the Honor Guard for President Roosevelt’s funeral in Washington, DC, and New York; served in World War II and the Korean War; and served several tours in Japan and China. He was a member of the Retired Officers Association of Duty and the Military Officers Association of America. He also worked as a rancher.

Mr. Bryant was an avid tennis player; he loved reading, sports and gardening. Most importantly, he enjoyed spending time with his family. He was always educating himself.

Graveside service was held at Riverside National Cemetery on July 30.

Memorial contributions may be made to the Friends of the Fallbrook Library.