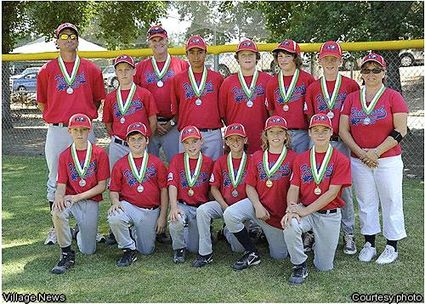 Fallbrook Youth Baseball (FYB) recently hosted the North County Pony Sectional All-Star Tournament. This was a 10-day event and there were 44 teams in four divisions.

The FYB Bronco Red All-Star Team, consisting of 11- and 12-year-olds, placed second in their division and advanced to the regional competition hosted by Ramona.

The Red team faced some very tough competition but stayed together and proved to themselves as well their competition what they could accomplish. Each player contributed heavily and the team had a great mix of power and speed and showed their great athletic ability in the toughest of situations.