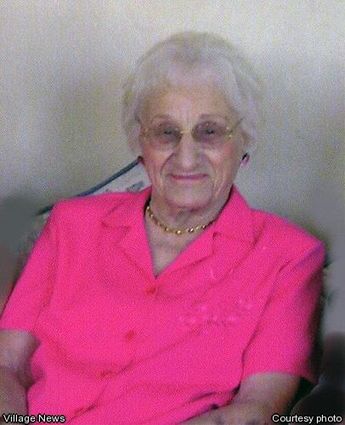 Born December 13, 1915, in Alexandria, MN, and after growing up on a farm, she attended Bethesda School of Nursing in St. Paul, MN, and earned her RN degree in 1938. She worked in hospitals in Minneapolis, Los Angeles and finished her 40-year nursing career at Hawthorne Community Hospital.

She was preceded in death by her husband of 54 years, Paul McFarlane, in 1995, and her twin brother Luverne Peterson.

Lorayne volunteered for many years taking blood pressures at the Fallbrook Senior Center. She was an active and devoted member of Zion Lutheran Church, volunteering countless hours in various callings.

She enjoyed her hobbies of gardening, knitting and crocheting and traveling with her husband in their motor home. She will be remembered for her love of family and her happy and positive outlook on life.

Memorial services are pending at Zion Lutheran Church in Fallbrook.

Arrangements are under the direction of Berry-Bell & Hall Fallbrook Mortuary.