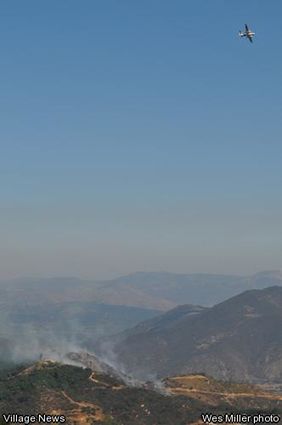 Wednesday, August 20, 2008 – 8 a.m. - North County Fire Protection District (NCFPD) has reported that the fire that erupted shortly before 4 p.m. yesterday in Rainbow has now been extinguished.

Full containment of the blaze was accomplished by 9:30 p.m. last night, NCFPD spokesman John Buchanan reported. The fire was located east of Gomez Creek Road in the vicinity of Rainbow Crest Road.

Buchanan said the fire consumed approximately ten acres. No structures were damaged, although some were threatened.

One firefighter was injured fighting the fire in the steep terrain and was transporte...