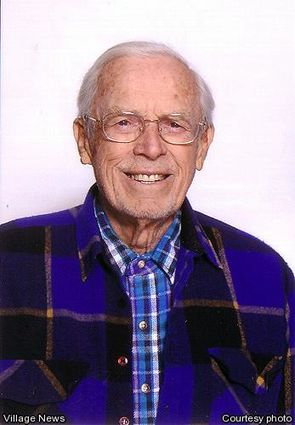 Forrest N. Bartlett, 92, passed away August 12, 2008, in Fallbrook. He was born on April 19, 1916, in St. Johnsbury, VT. He was a descendent of Josiah Bartlett, a signer of the Declaration of Independence. His family moved to California when he was 2 years old.

He worked in the hardware industry all his life. He owned Torrance Hardware. His last job was at Hank’s Hardware in Fallbrook when he was 89 years old.

He was a veteran of World War II, serving in the Aleutian Islands. He was an avid fisherman who loved deep sea fishing and was always looking for that big tuna.

He worked hard for his family all his life. He was with his family at his home in Fallbrook when he went to be with the Lord. We will miss him greatly.

He was preceded in death by his wife, Rheo Bartlett.

Mortuary arrangements are by Berry-Bell & Hall Fallbrook Mortuary. Graveside service will be at Rose Hills Cemetery.