Night of lively music at 'Pops' on the Green 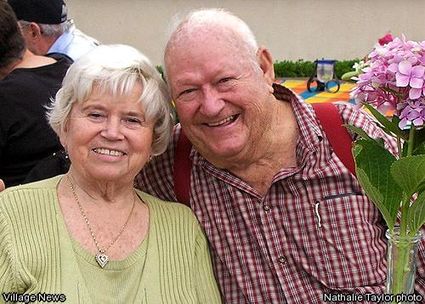 The lake at Fallbrook’s Grand Tradition was aglow with the light from candles set on tables at the water’s edge. A lone swan slid on the surface as the San Diego Symphony Orchestra thrilled the audience during the 23rd Annual Symphony “Pops” on the Green held on Thursday, August 14. If I had to sum up the evening in two words they would have to be “amazing” and “inspiring.”

This tradition is the highlight of the year for many, including Maxine and Walt Votaw, who were celebrating their 60th wedding anniversary. This is the Votaws’ second “Pops” on the Green. Walt said...