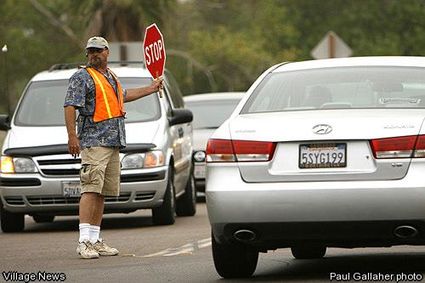 Parents dropping off their students for the first day of school at Bonsall Elementary on Monday were greeted with unwelcome lines of traffic on roads leading to the school, as a result of the District’s cuts in bus transportation.

Traffic was backed up past the Camino del Rey and Highway 76 intersection, spilling over to community roads surrounding the school. The situation led to the California Highway Patrol (CHP) responding to the scene and attempting to alleviate the situation by directing traffic.

But alleviating the problem was an almost impossible task. CHP Officer Steven Zelasco...