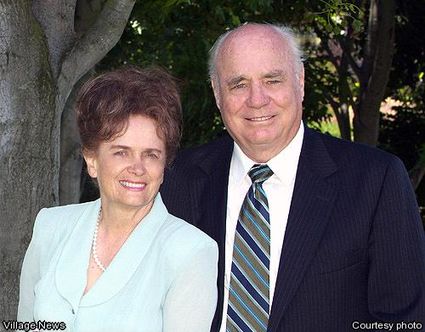 When Melvin Ricks saw Loretta Hales wearing a certain sweater at a dance at Utah State University in the fall of 1957, he knew he had to ask her to dance. Six weeks and numerous dates later, she finally decided to kiss him. They were married September 15, 1958, in the Mormon temple in Salt Lake City.

The next 50 years included dental school in St. Louis, a stint in the Army in Colorado and raising their family in Los Angeles County.

Ten years ago, they moved to the promised land of Bonsall. Together with their seven children, 21 grandchildren and two great-grandchildren, they celebrate their 50th wedding anniversary.

As for that sweater, it still fits and gets worn on special occasions.