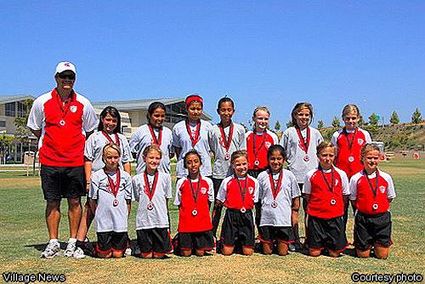 The team worked their way through the first round of the tournament by tying the SoCal Blaze 1-1, beating Wolves FC 2-1 and tying SD United 1-1. That set up a semifinal game against the host, Nott’s Forest, who had not yet lost or given up a goal.

Peyton Brittain scored one of her three goals of the tourney in the first half and the tough Fury defense kept Nott’s out of scoring position the rest of the game.

In the finals, the Fury took on NCP Bombers from Orange Co...