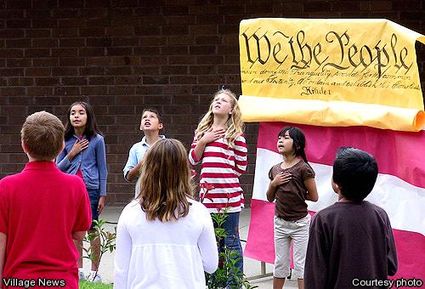 Four fourth graders lead their fellow students in reciting the Preamble of the Constitution at La Paloma Elementary School on Constitution Day, September 18, 2008

“We the People of the United States, in Order to form a more perfect Union, establish Justice, insure domestic Tranquility, provide for the common defense, promote the general Welfare, and secure the Blessings of Liberty to ourselves and our Posterity, do ordain and establish this Constitution for the United States of America.” 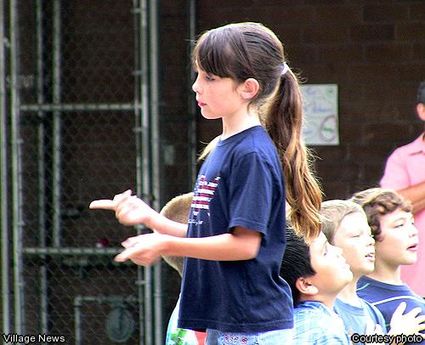 Then, as a lone student stood on stage and signed the words with her hands, the rest of the student body stood together and said the Pledge of Allegiance. When the audience was seated, Mrs. Houston’s class began a special presentation of patriotic songs and speeches pertaining to the Constitution and the founding of America.

The lack of cue cards and notes attested to the fact that the students had worked hard to memorize their parts – work that certainly will pay off once again in future high school civics classes.