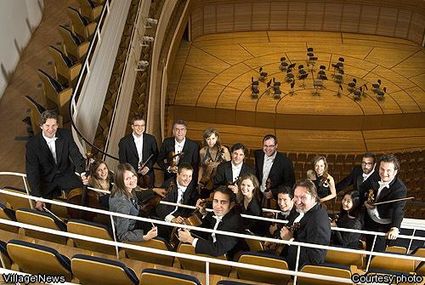 The Lucerne Festival Strings from Switzerland will perform in Fallbrook Oct. 12.

“I’m really looking forward to this season,” says FMS President Brenda Montiel. “It is an energizing combination of old and new, familiar and unfamiliar; a season of landmark debuts and anticipated return appearances.”

The orchestra’s Fallbrook performance is part of its fall United States tour, which includes concerts in Princeton, NJ, and Washington, DC.

This internationally renowned ensemble has been regarded as one of the world’s leading chamber ensembles, regularly performing in European music centers and throughout the world.

The Lucerne Festival Strings has dedicated the past 43 years to creating a dialogue between historic and contemporary music through innovative programming and the commissioning of new works.

This performance is funded in part by the National Endowment for the Arts and the Western States Arts Federation.

The concert will take place on Sunday, October 12, at 3 p.m. in the Bob Burton Center for the Performing Arts, 2400 South Stage Coach Lane. Tickets can be purchased by calling (760) 451-8644 or online at http://www.fallbrookmusicsociety.org.