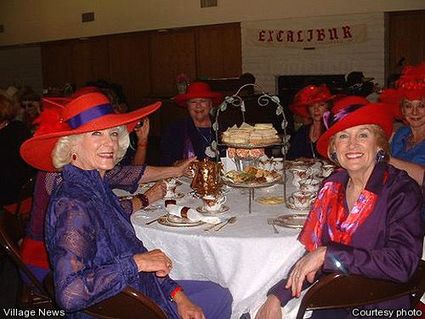 Seated at the elegant Red Hat table at the DBE tea are Sharon Meyer (left) and Ardell Teare.

FALLBROOK — One of the largest and most active chapters of Daughters of the British Empire (DBE) in Southern California hosted a fundraising British-style afternoon tea on September 6.

This sold-out event was another wonderful opportunity for those who love tea parties to participate in this gracious custom.

The members set the tables with their own elegant china and a wonderful supply of traditional English tea goodies were served with the assistance of the National Charity League mothers and daughters. 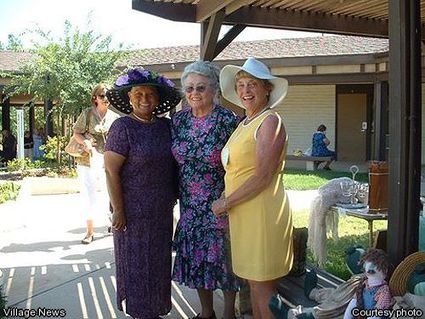 With such a successful event the DBE is grateful for the support of the local community and the many volunteers who assisted on the day. The Fallbrook United Methodist Church hall was a wonderful venue for the tea.

The Excalibur Chapter of Daughters of the British Empire in Fallbrook has grown this year to 60 members. Many of the members are British but there are also Canadians, Australians and New Zealanders.

Funds raised at this event will go to the support of the British Home in Sierra Madre.

The DBE is a national organization of women of British or British Commonwealth nationality or descent which offers fun and fellowship based on a common heritage while supporting the four DBE retirement homes/nursing facilities in the USA.