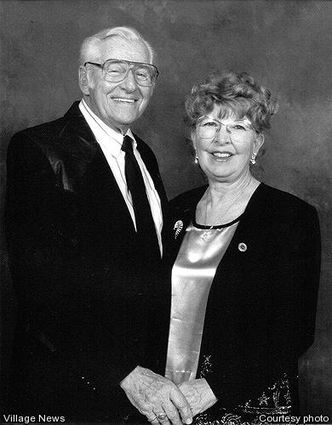 Morey and Marion “Chic” Sherman of Aguanga are celebrated their 60th wedding anniversary on October 9.

They met October 9, 1947, while Morey was working in a restaurant and Marion was working at Kodak Park in Rochester, NY. They married one year later at the Trinity Evangelical Church in Rome, NY.

They moved to California in 1965 and Marion was the Honorary Mayor of Fallbrook in 1980-1981. After both retired, they enjoyed RVing all over the US, Canada and Mexico.