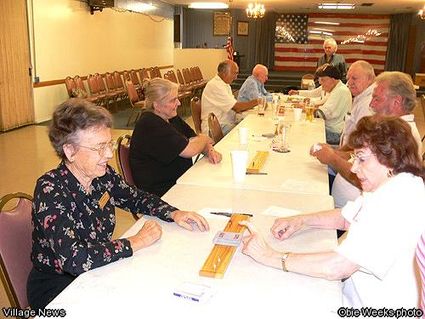 Cribbage players in the September Senior Challenge include (front, from left) Ethel Williams of Fallbrook, Lilo Mendizza of Oceanside, (back, from left) Jeanne Jerkovich of Fallbrook and Tom Waterbury of Fallbrook.

Second place was won by tournament director Obie Weeks, who had six wins. The next four places each had five wins and one skunk.

The closest battle was for third place when Bob Rebar edged Barb Sacic by one peg and Clarence “Willie” Williams by three.