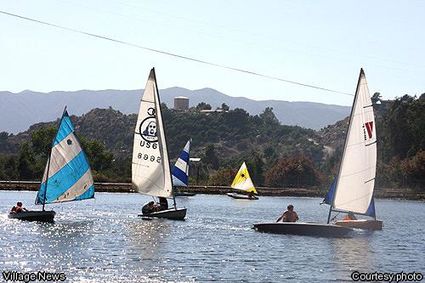 The final race of the De Luz Heights Yacht Club season was an exciting one at Ross Lake.

The club was started in 1993 and has its weekly Saturday afternoon race season running from April through October around a one-mile course of the lake.

Each week as many as 11 sailors competitively race 10- to 14-foot sailboats in the afternoon breeze in hopes of accumulating enough points at the end of the season to win the cherished De Luz Cup, which is a tarnished chrome-plated champagne bowl that was bought at a swap meet in 1993. Names of its yearly recipients are etched in ink on a white...